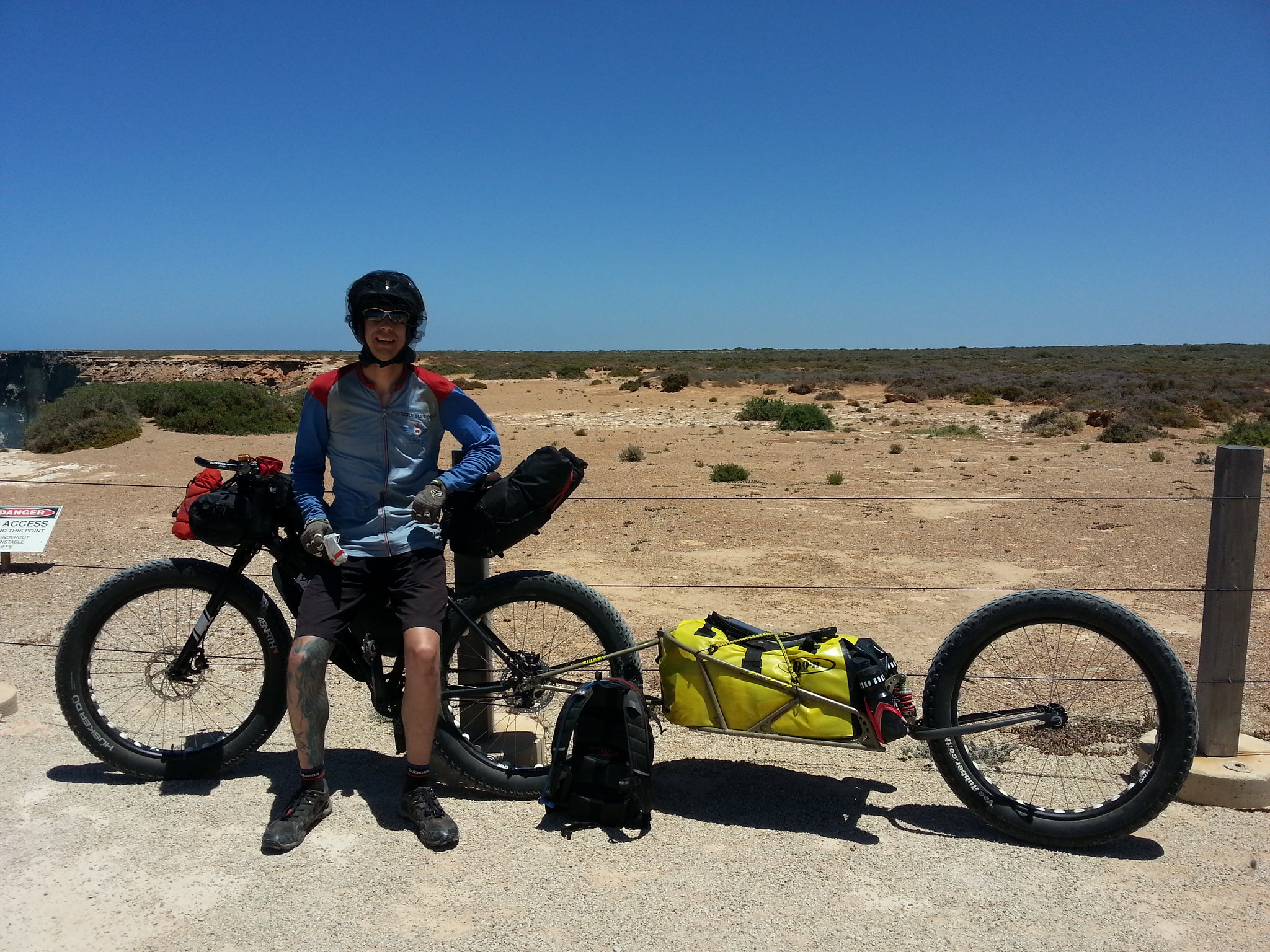 meet Matt, who is cycling the Nullarbor on his #fatbike to raise money for @RFDSnews

Matt’s a public servant from Canberra who got sick of people whinging about the time it took to get seen by doctors and knew others had it way harder. So he’s raising money for flying doctors by travelling across the country on his fat bike! He says the bike is amazing off-road (and there are some MAMMOTH off-roads across the Nullarbor!) but shocking on the road, especially against a head-wind.

You can follow his adventure via http://facebook.com/FatRideAustralia – and support his fundraiser here – http://rfdsse-fundraisers.everydayhero.com/au/FatrideAustralia