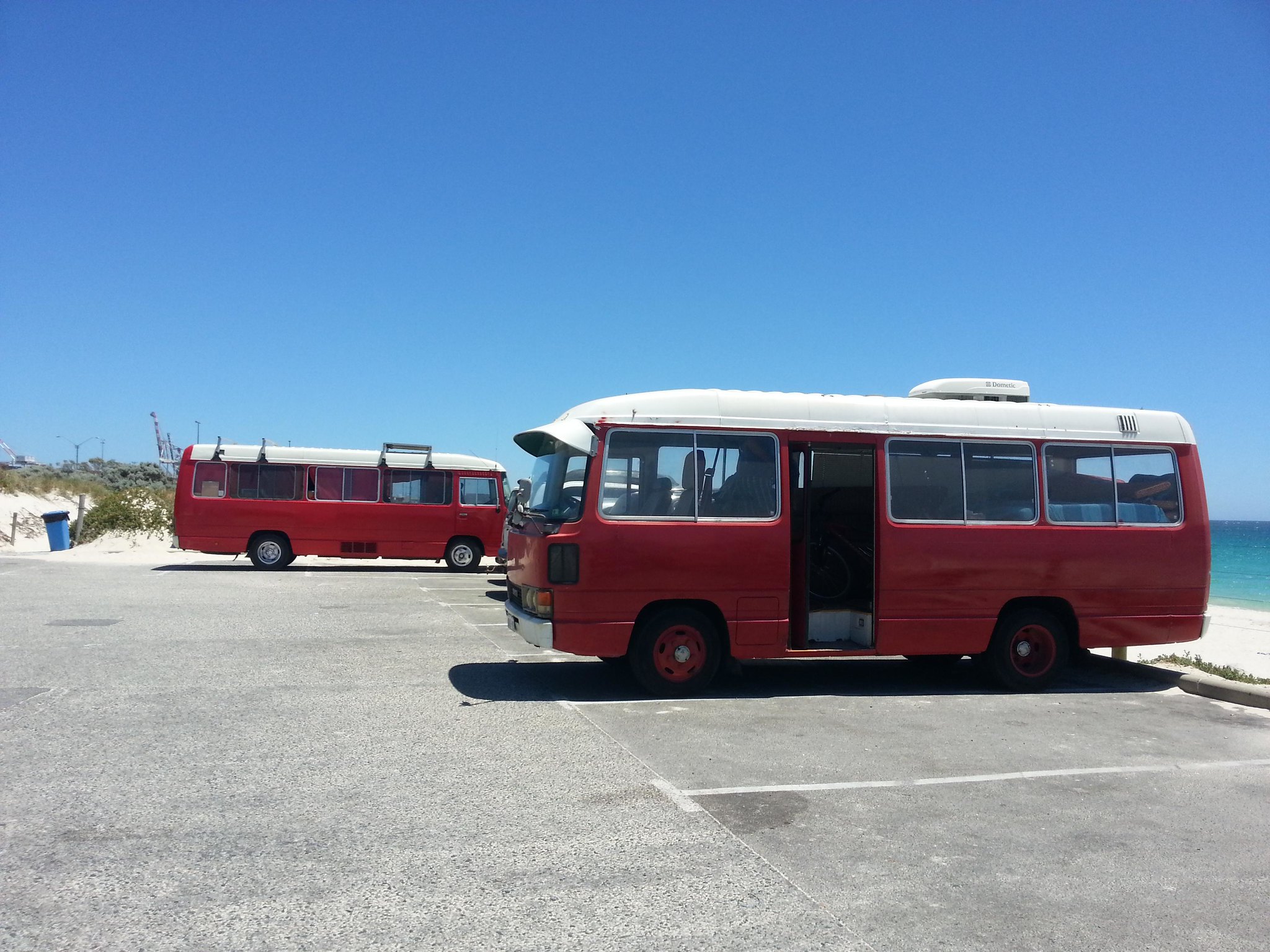 i’d heard from a grey nomad early last year that there are more single female nomads than single males or couples (I assumed she didn’t mean including grey nomads or tourists :). I hadn’t met any thus far, tho I do tend to choose quiet places where possible.

Tonight, while parked at what seems to be Perth’s only remaining ‘overlooked*’ beach parkup (while rigging more of hJ’s windows with mozzie screens) … one of these mythical entities introduced herself and her van, Bongo.

Her van is also a Toyota and she shares my Grandad’s surname. And she came to say hi coz she’d ‘seen me around before’ – turns out there’s an #homeJames doppelganger around! I’ve seen a photo, it’s spooky!

*tho not for long as it’s apparently been sold to a commercial car park co.