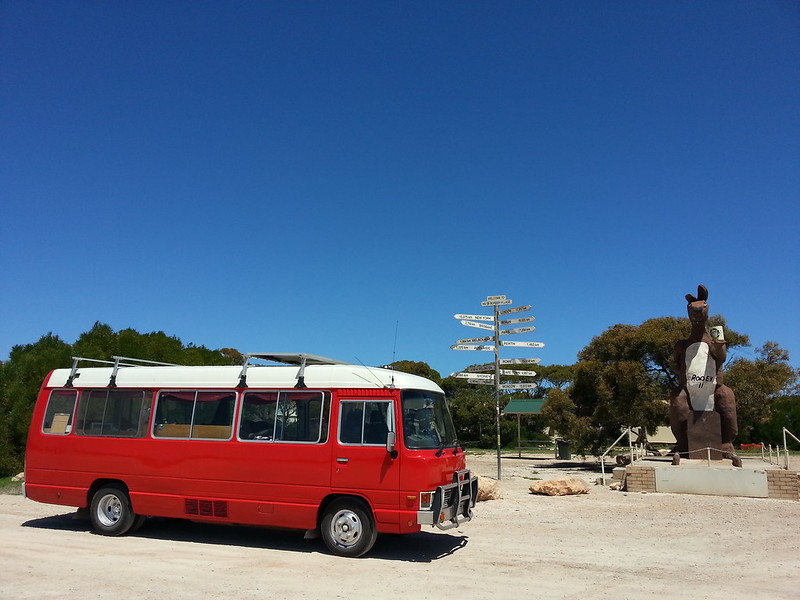 Thanks to a crowdfunding campaign which went viral through incredible support from almost 350 people (including tweets from Amanda Palmer, Neil Gaiman and Hugh Jackman) I’ve been living in homeJames (my beautiful big red bus) for over two years now. In that time I’ve been in and around most Australian states/territories at least a little bit, but I have FAR from traversed the whole country. 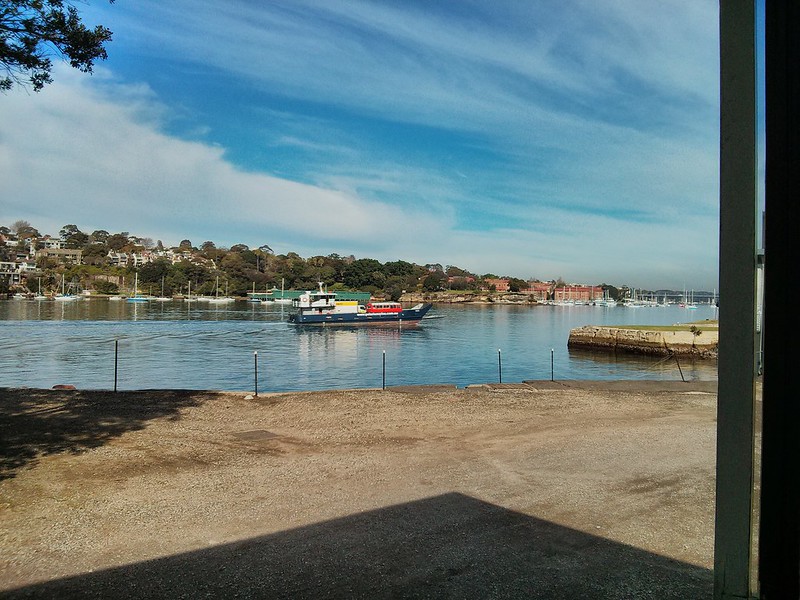 It’s time to ramp up both the places I travel to, and the people I travel with! Starting late 2016 I will be heading off on one long 12-18month journey around this wild and beautiful country. Where I go and what I do will be directed by YOU!

This is a personal invitation to some of the most inspirational creatives I know (and some I don’t, yet) to join homeJames and myself for segments of this mega adventure around Australia. I want you to send me your ideas, locations and possible dates so that I can wrap them all up into one big Nomads in Residence program. Then I will scheme, negotiate and fundraise to commission as many of you as possible to join me over 12-18months from August 2016.

[NB: I know everyone I invite personally will know other people this would suit. That’s totally fine – and partly why I’ve decided to make this a public post. Please just make sure anyone I don’t know reads this post and includes their contact details and links to example work in their EOI, or just introduce us first.]

Like many countries around the world, Australia is now struggling against an increased onslaught of NeoLiberal damage. I’ve started working on my own creative activism projects (e.g. Sunday Afternoon Activists Club, hammocktime, enclosure) but there are so many issues that need attention, here and globally. What better time for smart creative minds (especially of the activist/technologist variety) to come together, bringing skills and passion to regional/remote Australia with the view of enhancing creative social change?

I am therefore calling for Expressions of Interest around creative activism/social change projects with the potential to enhance and/or catalyse a longterm impact for individuals and communities in regional and remote Australia. If those projects can also affect change in urban centres then so much the better, but initially the focus is outside cities. 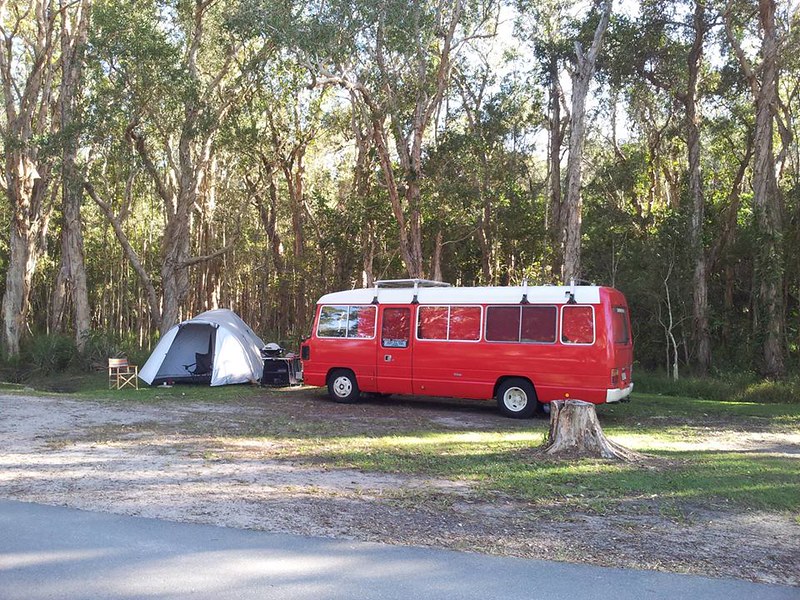 I’m of the belief that lasting change can only happen from the bottom up, middle out and, only later, top down. I don’t believe we can change the mindset of the masses in one foul swoop, but we can support those who already do great grassroots work by giving them recognition, letting them know they are not alone, and connecting the dots leading to a mass of decentralised/distributed networks. Collectively these can form strength in numbers, all working independently and sometimes rallying to support a common cause. It’s worth also considering the increasing number of Conservative Australians who voted for Abbott but who are now questioning their decision as he increasingly displays his lack of humanness.

In any case, the kind of change we need isn’t about a single politician or a single political party. We need to imagine, demand and collaboratively build the world we want.

Therefore the target audiences I’d like to focus on are:

[NB: When proposing projects targeting ‘opposing-minded’ audiences you should know that I am in no way interested in or encouraging hate-fuelled campaigns. Real change – and certainly the world I want to exist in – comes from openness and love, despite differences. Aggressive or negatively-charged proposals will be rejected outright.] 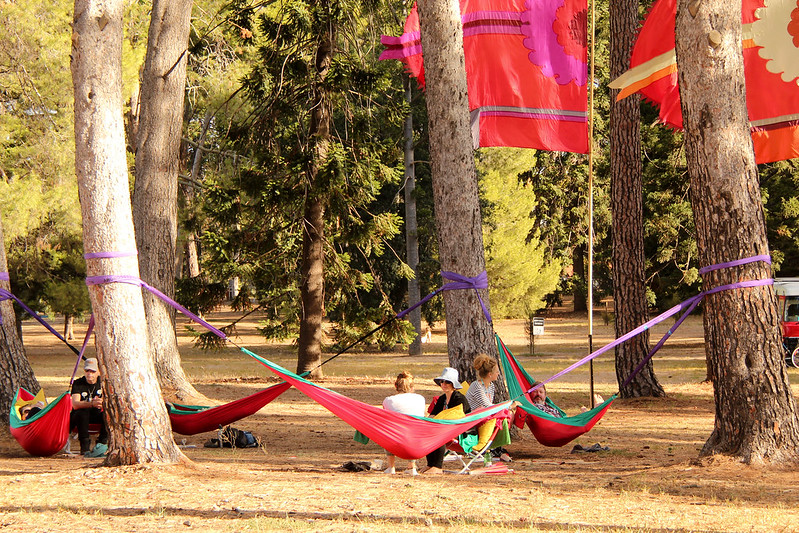 homeJames peeking in at the corner during hammocktime at WOMADelaide

Types of projects include (but are not limited to):

NB: I am interested in activism and social change through creativity and will be applying for arts funding for the bulk of this, so please consider and express the ‘artistic excellence’ of your idea in the EOI. Even if there’s no creative element at all it’s still worth letting me know what you’re thinking as I might be able to connect you to an artist or look at community engagement/technical innovation/sponsorship types of financial support. 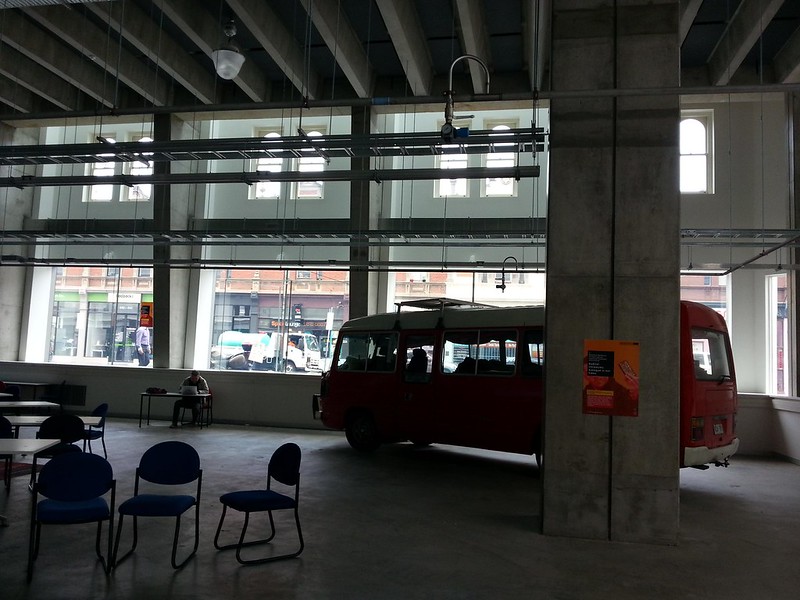 Areas of interest include (but are not limited to): 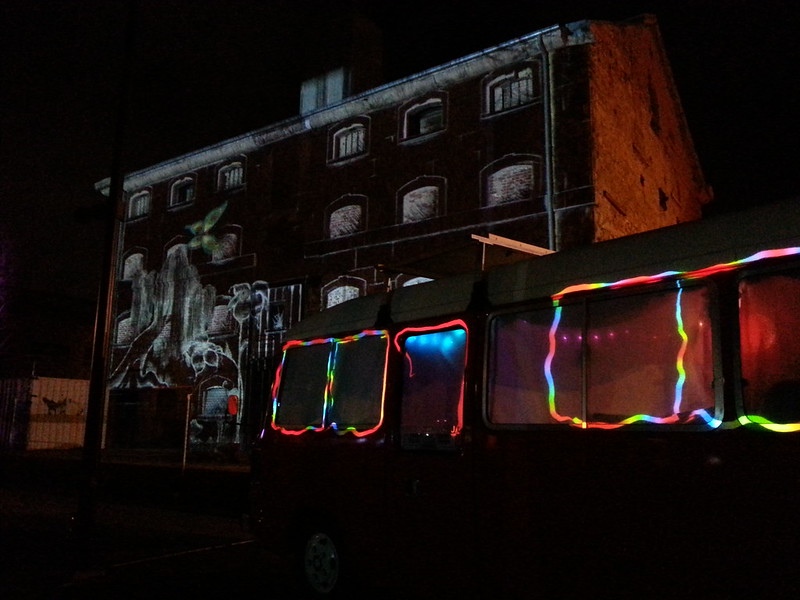 Initially this call asks for an Expression of Interest to start working out who’s interested, how they could collectively fit into a logistical geographic roadtrip, what possible co-production partners might be suitable and a ballpark idea of costs so I can prepare to apply for funding.

I’d like to put in a proposal for the Australia Council for the Arts 1st December 2015 deadline, so 1st July 2015 is a target date for your EOIs. Feel free to throw over an idea for discussion by email/video conferencing in advance too.

TOTALLY open right now, but starting after August 2016 with a view to lasting 12-18months overall. Each NiR can be anywhere from a week to a month (or more if you can handle it) and can happen in one block or over a few visits (travel costs dependent). 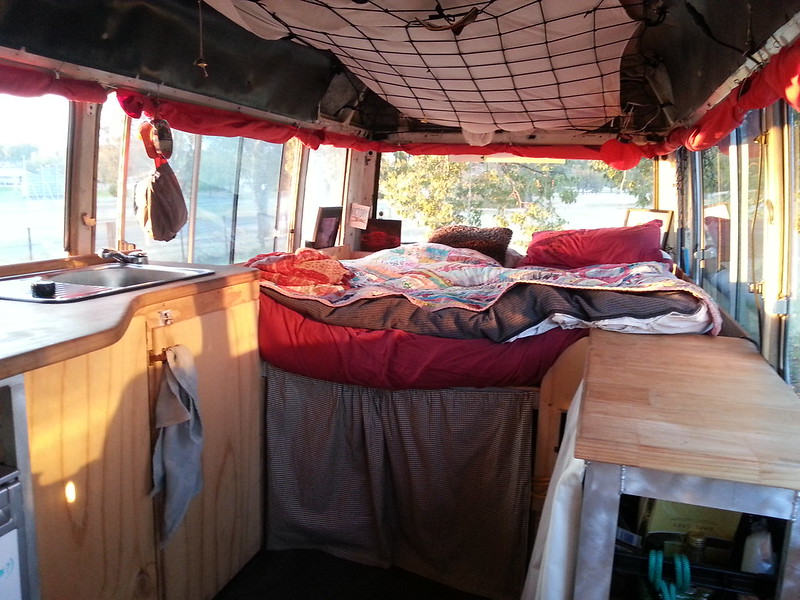 homeJames now has hammocks inside, so my guests can choose to luxuriate in ‘the master bedroom’, a hammock, or a swag/tent (or a combination of those decided on a nightly basis). If buslife really isn’t your thing I can look into alternative accommodation as we organise locations and partners.

Rest assured I fundamentally appreciate the value of having one’s own time and space (we will both need that). If you have concerns about living in extremely close proximity for durations let’s have a conversation about how that can work for both of us. One idea, for example, is to get more than one bus and start the convoy I’ve always dreamed of… 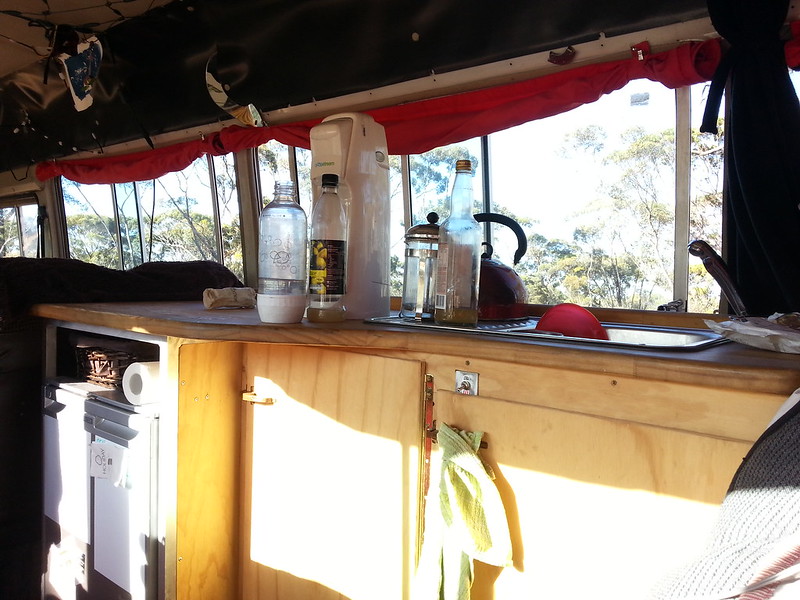 My aim is to raise enough funding to offer travel, accommodation, food, materials/equipment and an artist’s fee. Obviously if you have equipment you can bring with you then so much the better, but I strongly encourage you to consider the legacy you can leave behind. There’s no point running programs using high-end resources when at the end of that project you take all that sexy kit away with you. Having said that it might be possible to get co-production partners and funding and some communities may already have access to the resources you need. I suggest starting with what you’d love to see happen and we’ll work from there.

NB: It’s worth mentioning that Australia is a VERY expensive country these days. If you want to bring equipment with you be aware that shipping it both ways won’t be cheap and it’s worth organising the return shipment with the outward one. If you’re going to want to purchase materials/equipment here we will need to get local quotes to be sure of estimates – so leave enough time for us to do that. 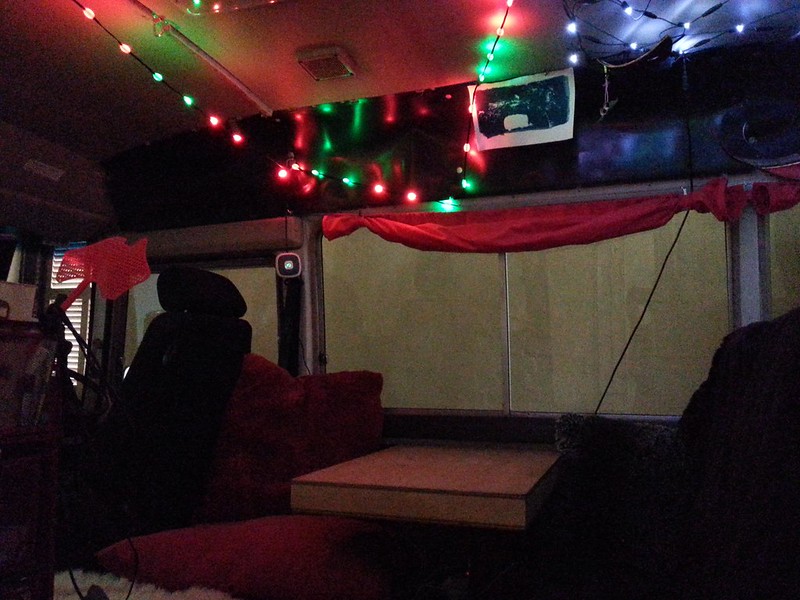 Please use this form to submit your EOI’s by July 1st 2015. Or just ping me to discuss. 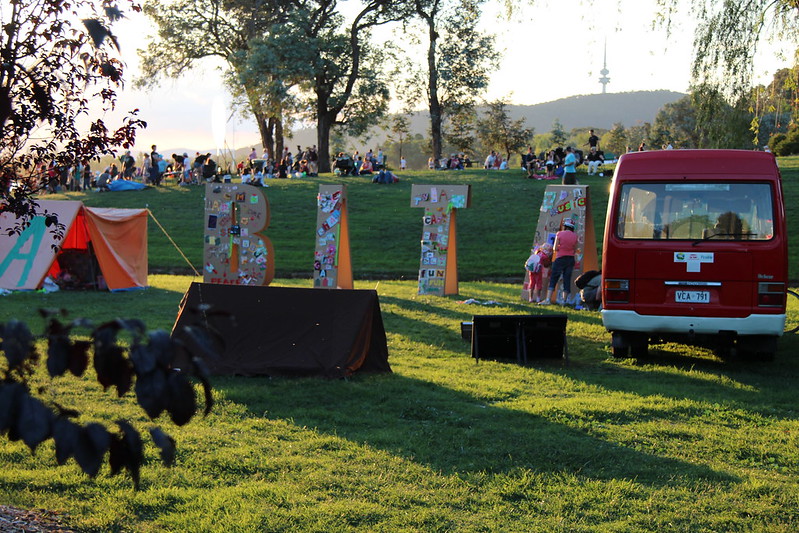 homeJames as part of hAbitAt, a commission for the Canberra Centennial Birthday Celebrations, Australian Capital Territory

NB: This was going to be a private post as I have a huge list of people I am personally inviting to be Nomads with me, but I’ve decided to publish it publicly so everyone knows what I’m scheming. This is an enormous long-lead venture (even by my normal standards!) and I’m gonna need all the help I can get! If you’d like to be a co-producer, potential location/host or even a co-funder, if you want to help me develop logistics, be on a selection team, or even just offer some advice or feedback, drop me a line!

UPDATE: Thanks to George Brandis’ arts-heist (see #freethearts) this project has been put on hold until further notice. I’m working on alternative sources of finance (so feel free to continue sending your EOIs) but know that the originally proposed timeline sadly won’t be adhered to.

#homeJames on the Nullarbor